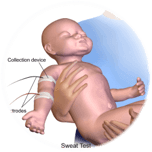 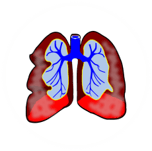 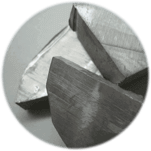 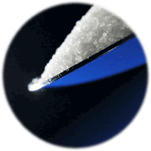 A sweat test is an examination, in which the salt content of sweat is determined. In this test, the concentration of chloride or sodium or the conductivity of sweat is measured. The sweat test is used in small and growing-up children.

The sweat test is the most widely used test to determine whether a person has cystic fibrosis (CF).

Sodium and chloride together form sodium chloride, also known as common salt. Sweat normally contains an amount of salt per liter, which is about half the amount of salt in blood per liter. People suffering from cystic fibrosis, excrete a much higher amount of salt via sweat than healthy people.

In order to stimulate the production of sweat, a sweat-stimulating liquid (pilocarpine) is applied to a piece of skin of an arm or leg. With an electrode, a weak electric current is sent through the spot and the sweat production gets going. For half an hour, the sweat is thus collected in a thin tube, gauze or into a collecting bag. If enough sweat has been excreted (at least one hundred milligrams), the amount of salt in the sweat is determined. The entire procedure is painless. The total duration of the examination is about one hour.