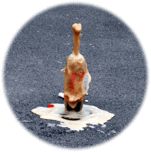 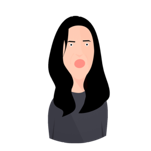 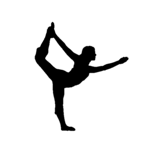 Premature ejaculation (PE) occurs when ejaculation comes sooner than the man or his partner would like to. This occurs during or prior to the penetration and can happen before the stage of orgasm has been reached. Ejaculation is usually weakened and the orgastic experience is less intense. There may also be an orgasm too soon.

For a long time it was thought that premature ejaculation is a psychological problem, but most likely it's an interaction of factors. Part of these factors is indeed psychological. The psychological instigators of having orgasm too quickly include inexperience, fear of failure, stress and having learned oneself at a young age, while masturbating, to reach orgasm as soon as possible. Like other sexual problems, feelings and frustration are often a cause of the disorder. Moreover, feelings and frustration can worsen the problem, making a person enter a vicious circle.
Yet there are also physical factors, which may contribute to premature ejaculation. Possibly the reason lies in a defect of the neurotransmitter serotonin, which allows signal transfer between nerve cells. Thyroid hormones also seem to play a role.
Having orgasm too soon can occur, for example, after long-term sexual abstinence or as a result of a foreskin narrowing.

The diagnosis of premature ejaculation is largely made on the basis of the symptoms of the patient.

Behavioral therapy is a possible approach for the treatment of premature ejaculation. Usually, the ‘squeeze technique’ is used. If a man feels that he is about to experience premature orgasm, he interrupts the sexual act. The man or his partner squeezes the shaft of the penis between a thumb and two fingers. Slight pressure is exerted, just below the head of the penis, for approximately twenty seconds. Then, the penis is released and the sexual act can be resumed. This can be repeated as many times as necessary. When this technique is successful, it teaches partners to delay ejaculation with the squeeze and eventually to gain control over ejaculation without the squeeze. Behavioral therapy helps in sixty to ninety percent of men with premature ejaculation. However, it does require cooperation between the two partners.
Another possible treatment is a medication that helps to delay ejaculation. A delayed orgasm is a common side effect of certain medicines for depression. This applies even to people who are not depressed. When this type of medication is given to men who suffer from premature ejaculation, it can help to postpone orgasm for several minutes.
Some men with premature ejaculation can also benefit from reducing the stimulation they experience during sex. Several creams are available that can partly numb the penis and that reduce the stimulation that leads to an orgasm. Another option is to use one or more condoms. Yet, these techniques can interfere with experiencing fun during sex.

Premature ejaculation sometimes disappears on its own for weeks or months. Working to relieve stress or other psychological problems can help to improve the situation. Other men have persistent difficulties with premature ejaculation and need professional help. Some men start with the treatment immediately, while others continue to struggle with this problem for a long period of time, until an effective treatment is available.