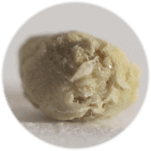 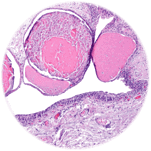 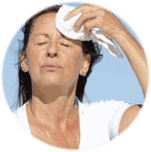 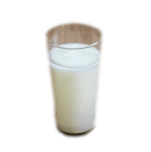 A kidney stone is a crystal that is being formed in the urinary tract. Kidney stones usually range in size from a grain of sand to a chestnut. Smaller stones are flushed away when they get loose and then lead to pain and usually some blood in the urine. Large stones often show no symptoms, but can be a hiding place for bacteria.

Kidney stones don’t always cause symptoms. The pain arises only when a kidney stone gets stuck. It often starts with a vague, inconspicious pain in the flanks of the lower back. Gradually, the pain gets sharper and comes in increasingly violent attacks, usually at the side of the abdomen. The pain often radiates to the groin, upper leg or genitals. During an attack, there is often extreme urge to move. Patients are restless and walk around. Some people literally crawl on the ground in pain. Sometimes, there is simultaneously fever due to a secondary urinary tract infection. Other possible symptoms are nausea, vomiting, sweating, blood in the urine and having to pee more frequently.

The symptoms are often, together with the detection of blood in the urine, sufficient to make the diagnosis. However, there are more diseases which present themselves in a similar way. If the symptoms and the blood in the urine don’t disappear during about a week, an ultrasound of the kidneys is often made in order to see if the stone is still present or another reason can be found for the symptoms.

Usually, a drug is given for the severe pain. This is often an anti-inflammatory painkiller (NSAID), such as diclofenac. After about a week, the symptoms should be over and there should be no blood in the urine anymore. Kidney stones which cannot be discharged spontaneously, can be removed in several ways:

During a kidney stone attack, the patient should not drink too much because this can trigger a new attack.

More than half of people who have been treated for kidney stones, will often suffer from kidney stones again within seven years. Kidney stones can cause permanent damage to the kidneys. If both kidneys are involved, there is danger for chronic renal impairment (kidney failure).