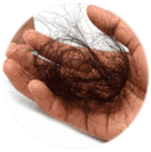 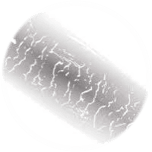 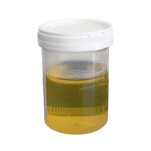 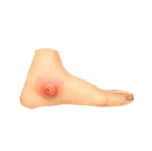 Hair loss is the excessive loss of head hair. An average person loses around a hundred hairs per day, but as much hair will also grow again. When a person loses significantly more hairs per day, we speak of hair loss. As a result, the hair on the head becomes thinner and bald spots may eventually arise.

Normal head hair grows for two to five years. Then the hair remains in a kind of resting phase for about five months. After this resting phase, the hair falls out. Next, the hair root starts to produce a new hair. If the hair root is dead (for example after burns or in case of some skin diseases) or is absent, no new hair will be produced. The hair root sometimes produces such thin hair that the hair breaks as soon as it comes out of the root. Head hair grows at a rate of about one centimeter per month. Hair of the eyebrows grows for about ten weeks.
The hair root is attached to a hair follicle, a kind of pocket in the skin. With age, the hair follicles are getting smaller and the hair thinner. Eventually, the hair follicles become so small that no hair can grow from it anymore. Male sex hormones and hereditary factors probably play a role in the development of this male baldness.

Hair loss in men is characterized by a receding hairline and shorter and thinner hair at the crown on top of the head that gradually falls out. Once hair loss has occurred, the hair doesn’t come back. The receding hairline reaches the thinning spot on the crown, so that often a U-shaped (horseshoe-shaped) hair pattern forms on the sides of the head. Sometimes, a person becomes completely bald.
In women with hair loss, baldness occurs more often spread out, with thinning hair at the front, sides and on top of the head.

The diagnosis of hair loss is made on the basis of the medical history, the story of the patient and the symptoms. A physical examination is also performed, in which especially the male pattern of baldness stands out. This form of baldness is often common in the family. If the pattern of baldness is different than expected, other conditions must be taken into account and these are examined by means of, for example, skin biopsy. Hair analysis, blood tests, urinalysis and other laboratory tests are performed in order to exclude poisoning with toxins, such as arsenic, lead, mercury, thallium or boric acid.

Full regrowth of lost hair is not or hardly possible with the current hair growth agents. But stabilisation of hair loss can be achieved. In general, the sooner intervention is done, the more chance there is of success. Hair growth agents are usually more effective on the crown than at the receding hairline.
There are various drugs for hair loss. The effect of one drug is only temporary and limited, while the other drug can also be used by women. However, the drugs have side effects.
Changing hairstyle, a wig or hairpiece and hairweaving can mask hair loss. Finally, a hair transplant can effectively reduce baldness. The result can persist for a long time and is often excellent. However, hair transplant is an expensive intervention, for which different operations are necessary, with a risk of scarring, infection and scalp abscesses.

Hair loss hits younger women now and then, who panic. But there is often no reason for this. When treated appropriately, most women get their hair back, which cannot be said for men. In men, hair loss usually has a poor prognosis.