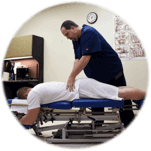 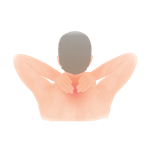 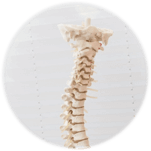 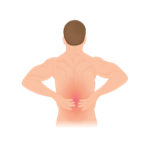 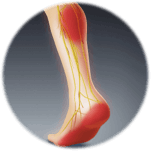 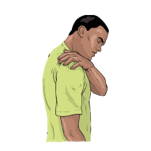 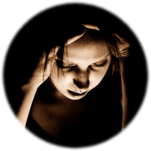 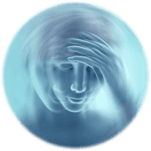 Chiropractic is an alternative treatment, based on the idea that an incorrect position of the spinal vertebrae is the source of all diseases, and that these are remedied by putting the vertebrae back in the right position again. This restores blocked nerve impulses and heals the patient.

Chiropractic literally means ‘doing with the hands’ and is applied to symptoms that mainly relate to the spine. Due to the misalignment of a vertebra, the entire health can be affected, where a person suffers especially from neck, shoulder and back problems. The chiropractor loosens joint blockages with precise and quick pressure movements by hand on the spine or on the joints. Performing quick corrections of a joint is also known as ‘cracking’.

Those who have been walking around for some time with pain in the neck, back and shoulders and cannot be helped in regular health care, are often referred to a chiropractor. By pushing back the crooked position of the vertebra, the blocked nerve will be able to recover and transmit impulses again. Chiropractic is a holistic method, which looks at the human being as a whole and not only the symptom itself. Many people have already benefited from this treatment method. The most common symptoms of patients who come to a chiropractor are:

The chiropractor manipulates the spine by carrying out manoeuvres. These manoeuvres are short and quick movements that aim to get a certain joint back in place. In addition to these manipulations, the chiropractor also gives postural exercises.
The average number of treatments at a chiropractor varies from six to ten. The treatments usually last very short (about fifteen minutes). Subsequent maintenance treatments are often recommended.

Chiropractic can relieve severe neck- and headaches and other pain symptoms. Possible side effects are fatigue or stiff muscles. It’s also possible that the problems temporarily increase. This is usually a sign that the treatment is succesful.