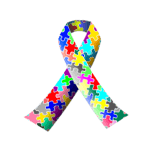 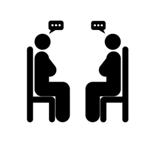 Autism is a congenital developmental disorder, which is characterized by a reduced capacity for social contact and communication. There are also restricted, repetitive patterns of behavior, interests or activities. People with autism are often more sensitive (or just less sensitive) to particular stimuli, such as sound or pain.

The exact cause of autism is as yet unknown. In nine out of ten cases, congenital hereditary factors play a role. There is not one single gene responsible for autism, but a combination of multiple genetic mutations, under the influence of environmental factors. Researchers suspect that due to this combination, the development of the brain is different, causing restrictions in people with autism. Autism is not caused by upbringing.

There are different types of autism: classic autism, Asperger syndrome and Pervasive Development Disorder-Not Otherwise Specified (PDD-NOS).
In addition to the above-mentioned three kinds of restrictions, classic autism has some specific symptoms that are very prominent. These people are often hypersensitive to external stimuli and are very restricted in their social interactions. Two-thirds of people with classic autism have an IQ below average. Girls with autism tend to be less intelligent than boys.
People with autism have more difficulty to shape their lives and to stand firm in life than people without autism. People with autism often need help, counseling and treatment for the problems that may arise in the course of their lives. The intensity of this aid can vary significantly from person to person and from stage of life to stage of life.

The diagnosis of autism is a behavioral diagnosis and making the diagnosis can sometimes take several months. The (combination of the) three symptom areas are assessed: social interaction, communication and stereotyped behaviors and interests. The diagnosis can be made by a (child and adolescent) psychiatrist or a psychologist.

Because the cause of autism is unknown, it is not (yet) possible to cure this disorder. Treatment of autism is limited. This treatment usually focuses on two aspects. On the one hand on the acquisition of skills to deal with the restrictions as well as possible. On the other hand on adapting the environment. For instance adjustments at school or work, such as a fixed workplace or a fixed daily schedule.

Although knowledge about autism has increased hugely in recent years, we still cannot predict the future that a child with autism may expect. Only ten percent of the adults have a job, five percent are married and the vast majority need lifelong support to a greater or lesser degree. Compared to people with other disorders, adults with autism need more assistence with daily activities. Intimate relationships are also a very difficult issue.

Supporting an autistic person requires a lot from caregivers and supervisors. Several things are important when giving guidance: