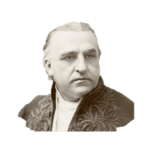 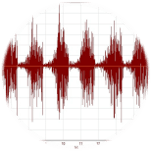 Amyotrophic lateral sclerosis (ALS) is a severe neuromuscular disease, which leads to insufficient or non-functioning of the muscles. A person with this disease is just getting worse. In short time, the muscles are becoming weaker. ALS patients usually die within a few years after the beginning of the first symptoms.

ALS is caused by the death of motor nerves in the brain and spinal cord. These nerves manage almost all muscles in the body, so the death of it leads to serious loss of power and control.
The exact cause of ALS is not yet entirely clarified. About five percent of ALS patients have a hereditary variant of the disease, in which the cause is an error in the genes. However, in the vast majority of patients there is no hereditary link and it is believed that the disease is acquired during life. Although many people think that ALS is a muscle disease, it is actually a disease of the nerves, with muscle weakness as a result.

The first symptoms that may indicate ALS are the weakening of the small muscles of the hands and feet. This weakness extends further within a few months or years to the arms, legs and torso. Actions that were previously easy, such as climbing stairs or turning on the tap, are getting increasingly difficult. Since the muscles cannot be used properly, they slowly lose their volume.
Characteristic for ALS are rapid uncontrolled twitches. These contractions are called fasciculations. Fasciculations are visible from the outside and can sometimes be painful. Almost everyone experiences fasciculations sometimes, especially around the eye. In ALS, the fasciculations are stronger and they are, particularly at rest, continuously present.
Typically seen in ALS are also compulsive laughing and compulsive crying. These people are going to laugh or cry at the smallest things, while they can hardly control themselves. This is a late symptom of ALS.
Eventually, in the course of a few months, many muscles in the body are affected by the disease process, with the exception of the eyes, intestines, bladder and heart. This means that the muscles which are needed to talk are also affected, which leads to speech problems. In addition, patients get increasingly difficulty swallowing and breathing. Particularly the loss of function of the respiratory and swallowing muscles leads to the death of ALS patients. A rare variant of ALS is the bulbar type, where the swallowing and breathing problems arise at an earlier stage and are more prominent. The prognosis of this variant is worse than the general form of ALS. The mental functions in this disease remain fully intact.

The diagnosis of ALS is made on the basis of the course of the symptoms in combination with a number of additional examinations, such as an EMG. This is a test in which signal conduction of nerve to muscle is measured. An MRI scan may also be made.

There is no curative medicine for ALS. The treatment consists of controlling the symptoms and slowing the deterioration process of the disease. There is a drug that seems to extend life of ALS patients by approximately three months.
Multiple disciplines are engaged to make life of a person with ALS as pleasant as possible and to reduce the symptoms as much as possible. This is generally coordinated by the general practitioner and the rehabilitation specialist. The occupational therapist advises on which tools can be used in order to function independently as long as possible. The physiotherapist aims to continue making full use of the muscles and can also teach alternative ways to perform certain movements. The speech therapist provides eating and swallowing instructions, in order to prevent choking. A social worker or a psychologist may also be consulted.

Life expectancy of a person with ALS is generally between one and four years. Only ten percent of the patients have a longer life expectancy.